The Pros, Cons & Options of a Legal Career

Hongtian Professor of Law, University of International Business and Economics

Xiqing Gao is the Yutong Cheng Professor of Law at Tsinghua University Law School. He was vice chairman, president and chief investment officer of China Investment Corporation, China’s sovereign wealth fund, from 2007-2014. Previously, he served as vice chairman of the National Council for Social Security Fund of China from 2003-2007, following his position as vice chairman of the China Securities Regulatory Commission (CSRC) from 1999-2003.

As a co-founder of China’s Stock Exchange Executive Council, Mr. Gao was instrumental in the establishment of the Shanghai and Shenzhen Stock Exchanges in 1990. As one of the founding members of CSRC, Mr. Gao served as its general counsel and director of public offerings from 1992 to 1995. From 1997 to July 1999, he served as vice chairman and chief executive officer of BOC International, the investment banking arm of Hong Kong’s Bank of China.

He has taught as an adjunct professor at Duke Law, Tsinghua University Law School, UIBE Law School, and the Guanghua Management School of Peking University.

A native of Xi’an, People’s Republic of China, Mr. Gao has written extensively on Chinese securities law, banking, legal philosophy, and antitrust. He and some of his former students have formed a charitable fund to help children in the poorest areas of Tibet and Mongolia stay in school. He’s substantially involved in Pingguo Charity Foundation, which has set up 3 primary schools, 1 Tibetan medical college, 1 Tibetan medicine research institute, 8 village level clinics in the Ali Prefecture in Tibet. It’s right now striving for the establishment of the Buddhist Script Museum at the site of the Guge Kingdom relics in Zhada County, Ali.

Mr. Gao graduated with a JD degree from the Duke University School of Law in 1986, where he was a Richard Nixon Scholar. He received both his undergraduate education and a master of laws/economics from the University of International Business and Economics (UIBE) in Beijing.

Elected to the Duke University Board of Trustees in 2008, Mr. Gao serves on the Graduate and Professional Education and Research Committee and the Climate Change and Sustainability Strategic Task Force.

The Growth of Global Streaming Platforms 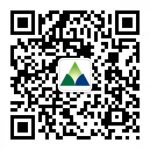